Language is a form of communication, be it written, spoken, or gestures. Language is one important element needed for translation.

Man is nothing without language. Without language, we have no means of communicating; therefore, no way of translating. When a child is born, he/she is exposed to the language spoken by his parents or the people around him. This is called the mother tongue. The child learns this language by listening to it regularly. The mother tongue is not necessarily your native language. It all depends on what language the parents speak to the child. It could be English, French, German, Yoruba, any language at all. That’s the first language a child learns.

The child starts growing, playing with friends, and attending school. He is exposed to another language at school. This is where the first stage of bilingualism comes up. The child probably learns how to speak English in school. Meanwhile, he hears his native language repeatedly from his parents. Now, the child grows and decides to learn more languages on his own. He gets further education on new languages such as Dutch or Italian. This is the second stage of translation. This way, he becomes a bridge between people of different ethnicity. Henceforth, he could become a translator.

* Source Language: is the original text of a language you want to translate or convert

* Target Language: is the language you want to change the source language to.

English is the source language, while Spanish is the target language.

To translate, you need to know the structure of both languages to avoid creating a literal translation. All languages have their structure; the way verbs are inflected, the way sentences are arranged. In one language, a noun must always begin a sentence. In another language, Noun doesn’t always start a sentence. Nouns must always be capitalized in some languages. But, in some other languages, nouns are not necessarily capitalized. To be a good translator, one needs to know the rules guiding the target language and source language.

A translator must have a proofreader who searches for error in his work and corrects it. A proofreader is like a critic of your work. You should know that you could have two proofreaders who are native speakers of both the target and source language. That way, you can be assured of thorough proofreading. A proofreader is not just a native speaker of a language but also a professional expert on writing articles, correcting grammar, typographical errors, or wrong spellings. Why do you need a proofreader? It would help if you didn’t assume that your work is perfect until you’ve got a professional’s view on it. No man is an island of knowledge. We make mistakes that another person can point out.

In conclusion, language is essential, if not the most important part of translating. The fact that we have over 7000 languages across the world makes translating a neccesity. 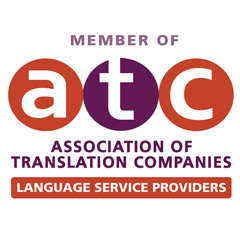